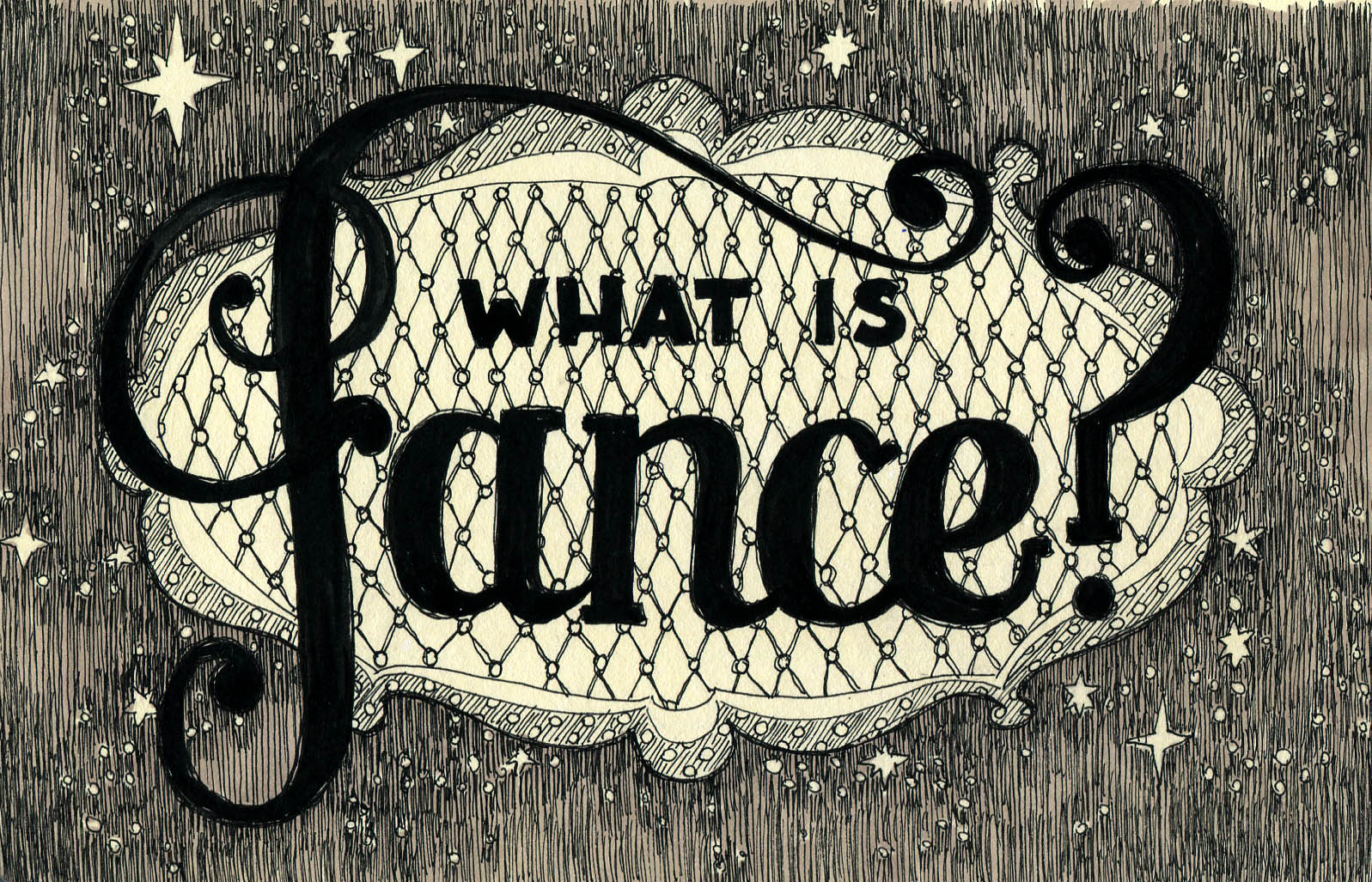 adjective ( -cier , -ciest )
1. elaborate in structure or decoration : the furniture was very fancy | a fancy computerized system.
• designed to impress : converted fishing boats with fancy new names.
• (esp. of foodstuffs) of high quality : fancy molasses.
• (of flowers) of two or more colors.
• (of an animal) bred to develop particular points of appearance : fancy goldfish.
2. archaic (of a drawing, painting, or sculpture) created from the imagination rather than from life.

verb ( -cies, -cied ) [ trans. ]
1. feel a desire or liking for : do you fancy a drink?
• find sexually attractive : he saw a woman he fancied.
• ( fancy oneself) informal have an unduly high opinion of oneself, or of one’s ability in a particular area : he fancied himself an amateur psychologist.
2. [with clause ] imagine; think : he fancied he could smell the perfume of roses.
• [in imperative ] used to express one’s surprise at something : fancy meeting all those television actors!

noun ( pl. -cies)
1. a feeling of liking or attraction, typically one that is superficial or transient : this does not mean that the law should change with every passing fancy.
2. the faculty of imagination : my research assistant is prone to flights of fancy.
• a thing that one supposes or imagines, typically an unfounded or tentative belief or idea; notion or whim : scientific fads and fancies.
3. (in sixteenth and seventeenth cent. music) a composition for keyboard or strings in free or variation form.

Fancy is a good word. You might have noticed that I use it a lot. Almost every Friday for a while now I’ve been sharing pictures of things that typify my personal version of fanciness; these pixel illustrated forms delight my imagination and demonstrate my aesthetic. I shortened the name from “Fanciful Friday” to “Friday Fance” along the way, probably because I’m Australian and we apparently have a tendency to shorten words (and add “o” to the ends of other words) and since that time the idea of “fance” has been percolating inside of me. People have asked me what it means, and until now I’ve never actually tried to describe it; typically I mumble something about self-expression and imagination, so now I will try to capture exactly what I mean when I talk about fanciness, or fance. If you refer to the definitions of fancy, you’ll find that it can be a way to refer to stuff created from the imagination. I think imagination isn’t given enough credit. The notions of play and imagining are so tied with childhood that adults who give in to flights of fancy are seen as foolish or irresponsible. That makes me really sad, because the way I see it creativity and progress are linked with imagination, and to dismiss it seems a bit silly.

To fancy something is to be attracted to a thing or a person, or to be human and feel connected. It’s a pleasurable thing, maybe even a little hedonistic at times, and to be deprived of such feelings of attraction, kinship and bond would be a sad thing indeed; an inhuman thing, certainly. I don’t mean to say that wanting material things is human, no, I mean… we all have these touchstones that speak to certain comforting things, and most of us certainly derive pleasure and meaning from connecting with kindred spirits. To fancy is to desire is to be human. To fancy is to teeter on the edge of having and not having, and the not having can be sad, even painful – very much the counterbalancing human experience.

One of my favourite uses for fance is to apply it to very visual things – the ornate, elaborate, overblown and intemperate. I am quite obviously drawn to hedonism and enjoyment of life, you might be noting at this stage, but fanciness need not strictly apply to extravagant things. A fancy thing need only be just a little bit better than average, and the mark of betterness is most personal indeed!

So I guess a thing’s fance can speak to quality, desire and creativity, all self-adjudicated of course, but even though it sounds like a fairly flippant and whimsical idea, for me it strikes right at the heart of what being human is about. My life is very, very short and my fascinations might be inappreciable to most, but to make meaning from the things I see, appreciate and imagine is important because I am a creator of stuff (pictures, words, and things) that become artifacts that are passed around and accepted and rejected. Other people think about these artifacts I send out into the world, perhaps they even discuss them, and if these ideas or things suit the fancy of a person they will send them on. Things that appeal to us, with any degree of fance, are things that get explored, discussed, dissected, elaborated and acted upon.

No one idea of fance is the true idea of fance. We all have vastly different experiences and memories and aesthetics and fascinations. Sometimes the fance that speaks to me doesn’t really speak to anyone else and that’s ok too. There are so many ideas and things in the world that they can’t all inspire creativity in everyone, so we humans play an important role acting as filters as well as processors of thought. Fance is flexible and very married to your identity – to me it’s more about self-awareness and not so much concerned with fad or trend. Admittedly, it’s hard not to buy into faddish things in Western society because escaping trend cycles and advertising and word of mouth is nigh on impossible. The most important part about fance, for me, is finding my own version of delightful, thoughtful and inspiring rather than plugging directly into the newest in-vogue thing. Recording the stuff I come across that appeals to me is a helpful, enjoyable activity that enables my imagination and my creative practice. I highly recommend it!