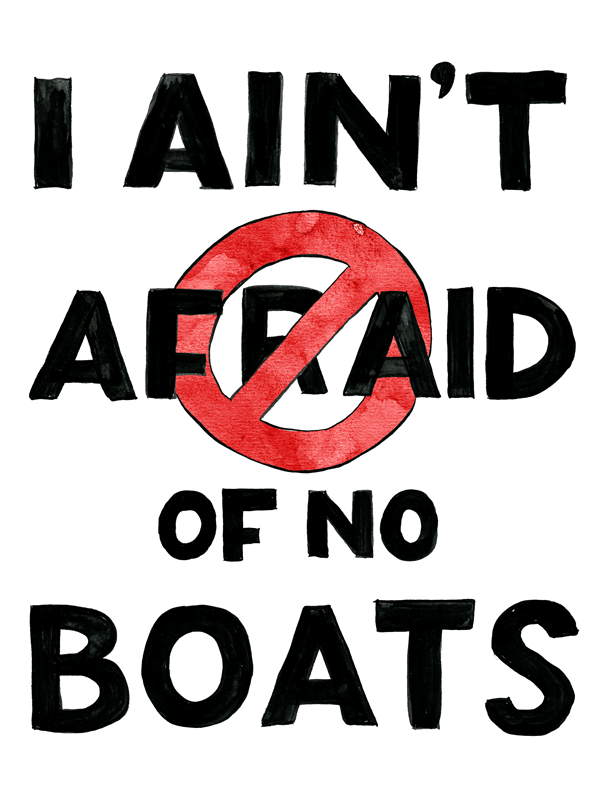 What a weekend. I have laughed, cried, lost hope and managed to find it again. Australia held a federal election on Saturday, and today there’s still no clear result other than evidence of the Australian public’s deep disillusionment with our political system and the politicians that represent us. At this stage we are likely to have a hung parliament which really worried me at first, but now I’m almost convinced that this is the best option. I hope it means that the members of the Lower House will work together instead of playing it safe and sticking to partisan politics.

Of the issues that most concerned me in the last year, few were more heartbreaking and urgent than the issue of asylum seekers. Lots of Australians have been bitterly disappointed with the amount of fear-mongering and scare tactics bandied about, with little regard given to the human beings who risk their lives to come to our country in search of a future where their freedoms and lives aren’t under threat.

Source: I ain’t afraid of no boats fact card, and Asylum seekers and refugees: what are the facts? Parliament of Australia Department of Parliamentary Services

I gladly contributed a graphic to be used for a grassroots campaign against fear of “boat people”, and on election day a bunch of compassionate folks wore t-shirts and badges to their polling booths to send a message to politicians and the public. We’re not afraid of boats. Instrumental in this campaign was my friend Rachael, who ordered hundreds of shirts and badges to send all over this big old rusty island. Thank you Rachael, I admire your action and your guts. I’m hopeful for the short term future because it means that the public might actually be heard. Over the last few days politicians sure have been banging on a lot about being in it for the national interest, and now they have to prove it. I’m going to pledge not to shut up about important social justice issues, that’s for damned sure. Even if it is hard and makes me sad… I just think it’s the decent thing to do.