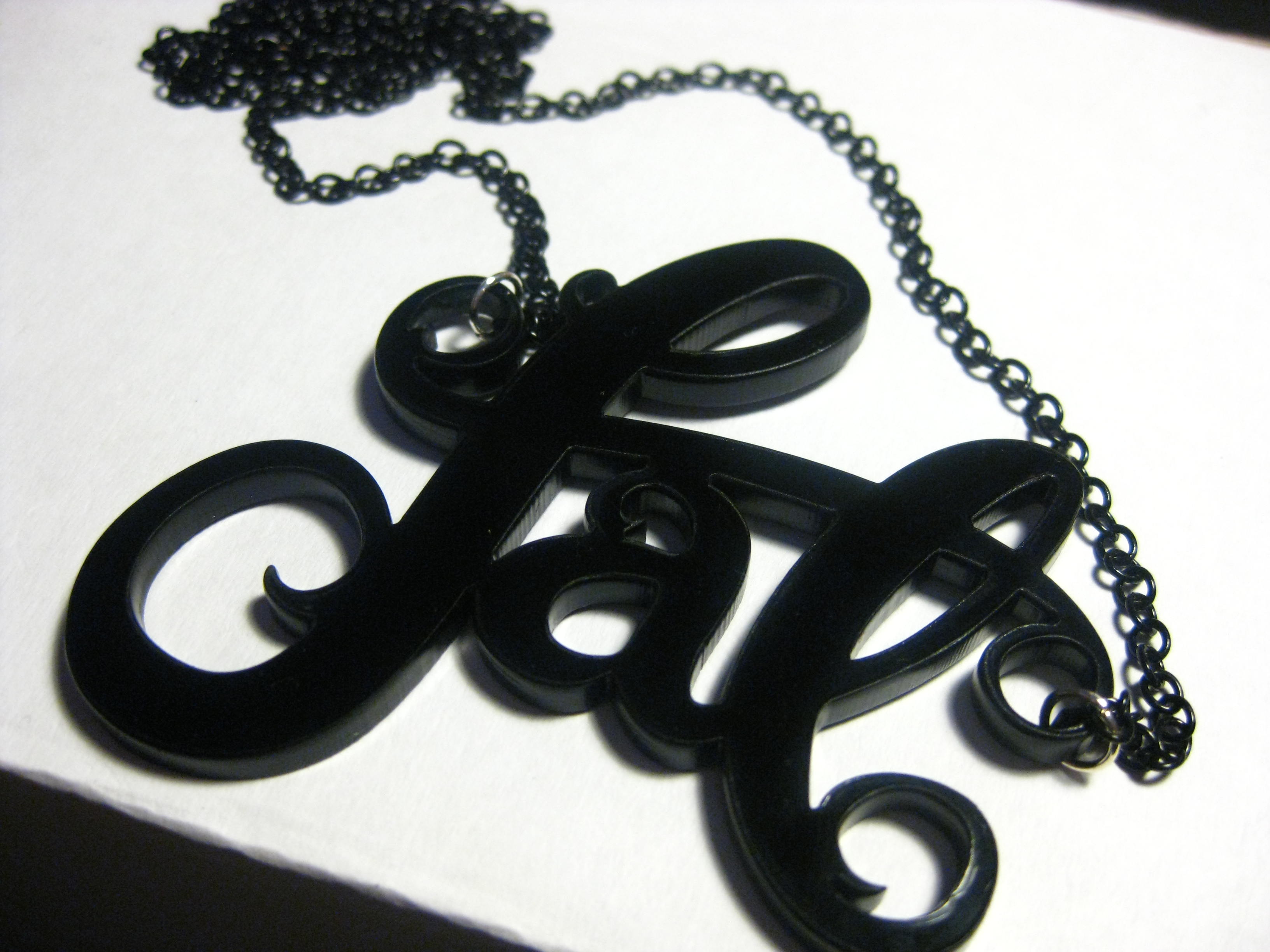 It’s time to announce the winner of the fat necklace giveaway!

Firstly, I want to thank everyone who entered. Thank you for sharing your story. So much of the time in the fat-o-sphere, and indeed in general every day life, it feels like we are reacting to the pervasive and hurtful body policing that puts us down and shames us for living in bodies that sit outside an arbitrary norm. I wanted to create a space where we could share our stories of self acceptance, where we can fluff ourselves up and take up space instead of minimising ourselves and hiding.

If you’ve not yet seen all the amazing stories submitted for the giveaway, I suggest having a read. For me, blogging is as much about finding myself as it is about finding a place to fully express myself and encouraging others to do the same. But when I started blogging about difficult things, like self acceptance and fat acceptance, I didn’t realise how significant community would be. I have been so touched and encouraged by feedback I’ve received from so many people telling me that through my visibility, they’ve been encouraged to advocate for their own visibility (whether that be through commenting on blogs, writing on blogs and advocacy offline). That’s powerful. That’s something that is passed on – something that can not be stopped easily, because we share it like a meme. The notion of acceptance and rejection of body policing starts replicating in the minds of everyone we talk to when we start the conversation. Of course it’s often met with resistance, but it’s like Inception. It’s a seed of an idea that is planted.

I don’t see blogging about fat acceptance as slacktivism. For many fat people standing up to offline shame and bigotry is difficult so having a space for thought and writing is important and precious. We can learn self advocacy skills to take with us in to offline situations so the next time someone treats us poorly we can reject that bigotry with a little more confidence. And it might not even be a confrontation situation, it might be something as simple as turning the channel over when weight loss products are spruiked, or deciding not to buy magazines that promote body shame. Blogging is a part of effective activism because through talking and sharing we make ourselves and our stories visible. In a world where fat bodies are made to feel invisible, this is a powerful thing. And um, if there is a supposed omgbesity epidemic, it seems silly that a purported majority is so invisible and uncatered for! If we’re all SO GODDAMNED FAT, why haven’t airplane seats been made wider? Why aren’t there more options for clothing fat bodies? Why does the weight loss product industry get more and more lucrative? (Could it have something to do with a 90% failure rate!?)

Before I step off this soapbox to get lunch (after that you can bet I’ll be right back!) I need to announce the winner. It was tough. Every story was touching and powerful. What was my criteria when every story answered the question? It became apparent to me that the winner couldn’t be chosen for having the most best story, because they all were. Also, due to blogging giveaway rules, I could not draw the winner out of a hat. So, I chose a story that spoke to the first tentative steps into self acceptance. Those steps are big steps, and they should be encouraged.

So, the winner is… Catie.

I’ll be sending you an email shortly!

And Catie said:
entering this contest is one of the biggest things i have ever done to reclaim the word “fat”. this may not be the best story, but for me just clicking on this comment box was a big first step in accepting my fucking fabulous fat. i am learning to love my body in new & radical ways, no matter what my friends or family say.

Congratulations Catie, and I don’t just mean about winning a necklace ;) I hope you wear this and feel radical. If it’s in public or in private, it doesn’t really matter, because you’re reclaiming a word that is as descriptive as it is powerful. When you reclaim fat, you can move on. You can listen to your body instead of denying it or minimising it in harmful ways.

The fat necklace is now up in my shop, but please be aware that I have only five on chains. I’ll be sourcing more chain for the other two pieces that I have, and if demand is high I’ll be cutting more! It seems like the Big Cartel software won’t stop you from purchasing if I run out of stock, and while I’ll try to be around to take down the necklace if they sell out, I’ll definitely refund your money (or hold it as a pre-order if you so choose) if I run out of stock and your order goes through.

You’re all super rad people. Thanks for being part of this.
<3

ETA
The necklaces sold so quickly! If you missed out, and you really really want one, could you drop me a comment so I can figure out how many I should get in the next order? I don’t want to disappoint by only ordering a conservative number!