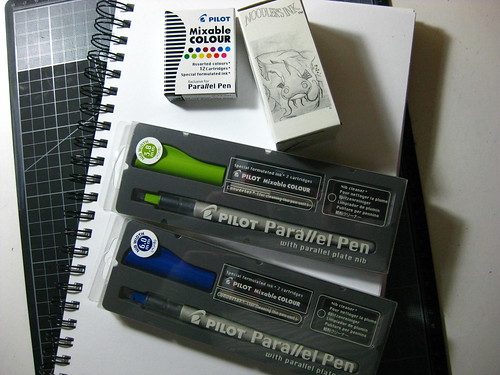 So for a while I’ve been yearning to do calligraphy. I have a couple of books already, but I was confused as to what sort of pen I should buy first. Also, money was an issue, ha. When I found a bit of extra money in my PayPal account I decided to have a look around JetPens (my favourite pen store!) because I needed to stock up on Pilot Hi-Tec-C pens. I came across the Pilot Parallel Pen and was intrigued… after some intense googling I decided that these were to be the pens I would start with! Lots of people rave about these pens and say that they are excellent for both beginners and professionals, however the most crucial factor in my purchase was cost – they are an awesome buy at US$11 each!

I had been anxiously awaiting my package from JetPens for over a week, and today I went down to check the mail and saw one of those yellow missed delivery slips just sitting on the top of the letterbox for the whole unit complex. Peering at the name on the slip, I nearly cried when I saw it was for me! The delivery person had mis-read the unit number on the address, and attempted delivery two days ago to the wrong unit. Boo! I’m glad that the residents of the other unit put the slip out for me to claim, even if there was a risk of it flying away. I’d been getting anxious!

6.0mm Pilot Parallel Pen – for this review I used the black ink

The Parallel Pen is so named because the ink flows through two parallel plates. I’m not sure how other calligraphy pens work, but this is genius to me! The ink flows SO quickly and smoothly, I was quite surprised. Though one (small) continued annoyance is that I have to hold the pen at precisely the right angle in order to get a decent looking line without any gaps. I am a total noob, so hopefully this gets better as I get better! 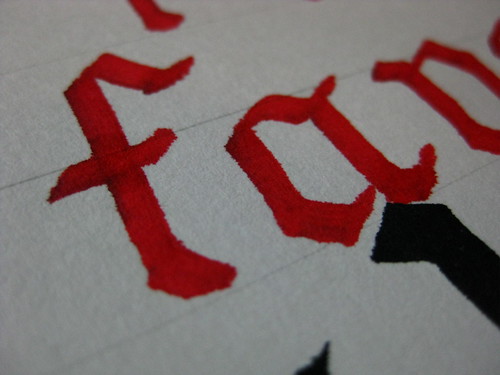 The other thing is that the Pilot ink doesn’t work very well with plain old cartridge paper – as you can see here, there’s feathering and bleeding all over the place. 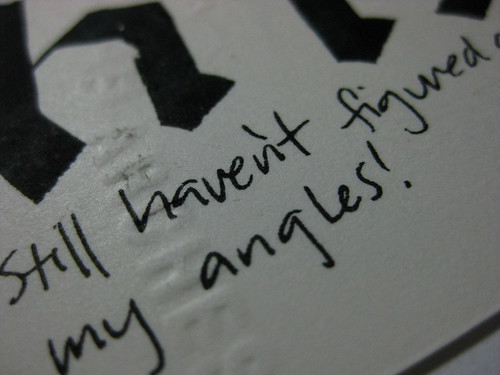 When I moved to a scrap of Arches Aquarelle paper, the result was much prettier. I just have to make sure I get my angles right! You can turn the pen and write with a corner of the nib for a very fine line, something I was quite chuffed to learn! Just make sure you’re using a sturdy paper because it ploughed through the cartridge paper when I tried it! 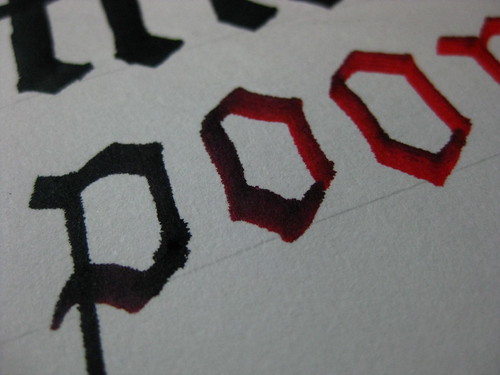 Another delightful thing about this pen is the Pilot mixable ink! I bought a packet of a bunch of colours, and I’m looking forward to trying them out when my penmanship improves :P To mix the colours you just press the nibs of two pens (filled with different coloured ink) together for a few seconds, and then write! You can see that even after most of the black has been wicked out, it still hangs around. I’d suggest cleaning the nib as soon as possible to avoid muddied ink colours. I bought some Noodler’s Bulletproof ink based on a few glowing recommendations, but I think I might end up using that on my drawings mostly! 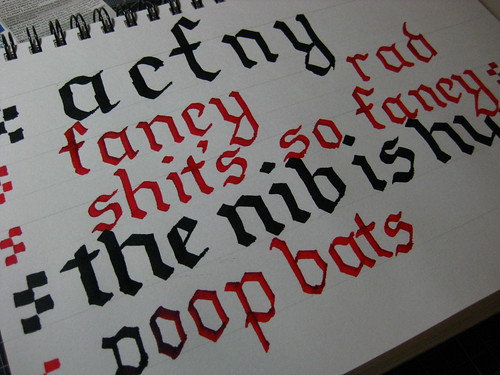