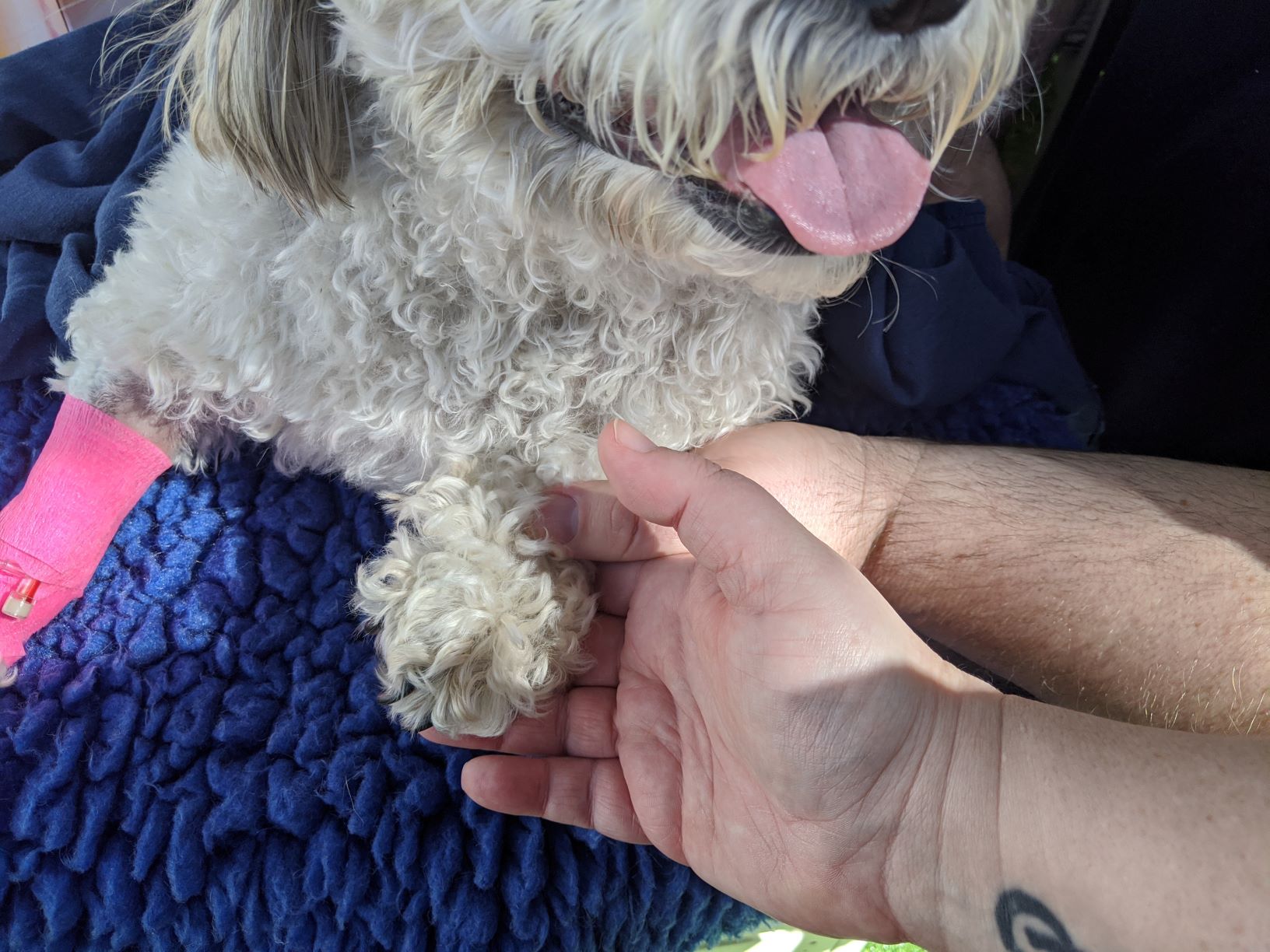 We lost Miffy on Sunday. She had been showing signs of neurological distress in recent weeks and had a terrible turn for the worst on Saturday night. As I napped on Sunday morning after a 3am run to the vet hospital, I heard, “Natalie, it’s time”. Nick has a habit of waking me up from sleep with bad news. Bad news has a habit of being poorly timed.

The day we picked Miffy up from the small dog rescue in Laidley in 2011 we had a car accident. It was only very minor, we were able to make our way to pick her up safely. The insurance company sent out dog toys when we filed our claim. Miffy made short work of them – we discovered that she was a chewer and an absolute loose unit when presented with a ball.

On Sunday morning I sat in the back seat of the car, like I had done a few hours earlier, and guarded her. There wasn’t much I could do except just sit there. And fuss. And fret. There was a traffic jam, a pretty major looking accident had happened. I didn’t know then that our time with Miffy would be book-ended by two car crashes. Ok it sounds dramatic, but it happened and there must be something in a coincidence like that, right?

The vet who was rostered on this time was the one who couldn’t bring herself to say genital names when Miffy was in a few months prior with a vulva infection. You only get one chance to make a first impression, and a vet who uses the term “lady parts” will always stick in my memory! Doc Lady Parts was quietly spoken and guarded when she spoke about the neurological stuff, co-morbidities, dislocated knees and not being mobile. We cried loudly when we made the decision to euthanise Miffy. A Miffy who can’t tear apart a bone or a ball in 2 minutes is not a Miffy who enjoys living.

Our lives feel empty because she took up so much space. I can’t walk into a room and sing “MIFFY!” anymore, for there will be no small lump to whip her head around and grunt at me. Nick’s beard will go un-licked. The fluffy loaf of a dog with no eyes is gone and there is no one for me to shake hands with or high five. There are no more secret dinner treats handed off below the table for me to get mad at and say, “Nick.” in a disapproving tone.

We were ushered into a courtyard to say goodbye. The lighting was perfect, the sun was winking at us through the shadows of the trees. We loved on our Miffy for a while and I took photos. I know it sounds odd to take photos of your dog before you put her to sleep but I’m so glad I did. The lighting was perfect, after all. She looks like she’s smiling but she was panting through the pain. I had to walk away before the injection was given. It was just too painful to watch. Nick said she did a final big snore and I think if I was there I would have 100% lost my shit.

Oh yeah and then there’s this: The day Miffy died was the exact date we picked her up nine years ago. Facebook conveniently reminded me as we waited for hours at the vet hospital. Does it mean anything? I don’t know. When this kind of shit happens you look for meaning wherever you can because nine years passes like two seconds and you’re left with heaving sobs instead of your small, warm, fluffy friend.