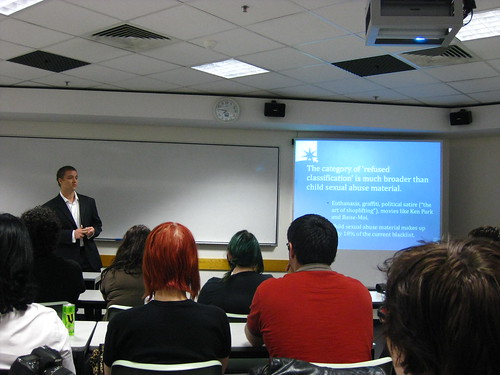 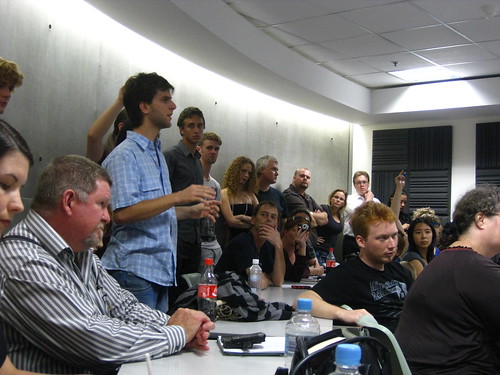 Discussion about what action we should take next was plentiful! 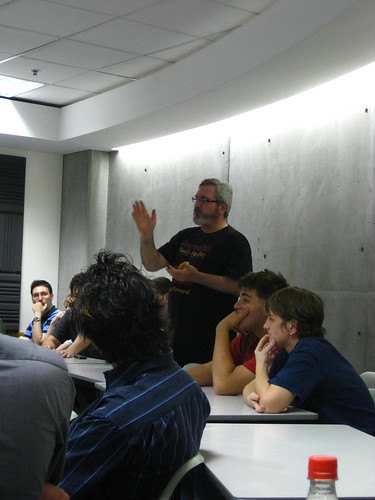 Andrew Bartlett adding his ideas to the forum. 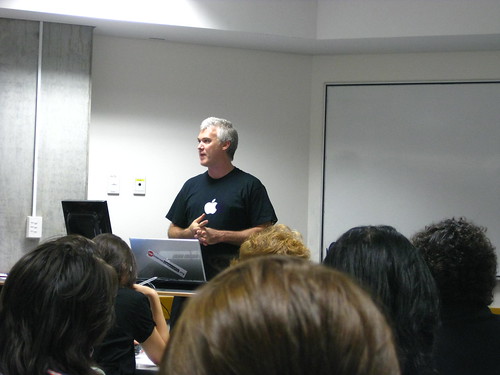 Cameron Reilly gave a great talk on how the government is employing propaganda to win over the media and the population.

Some things I took from the meeting: we need to utilise our creative people and create a sticky and viral, online AND offline campaign that employs advertising techniques to offset the government’s propaganda (ie: if you are against the filter you are a pervert and you support child porn and abuse); we need to highlight that the government is introducing mandatory censorship as a tool of power to strike out dissenting opinion, NOT to protect children; and we need to be a political force without leaning on partisan support as the filter has opponents within the government and in the opposing parties. Our protesting will not be taken to the streets with placards, as this will further isolate the mainstream majority. We will undertake education in small groups, targeting parents and community groups in real life situations (one idea is to set up a booth at sporting events and Australia Day BBQs.) We need to convince the media and the mainstream majority that the millions of dollars spent on the mandatory filter every year would be better spent on education for parents and communities and funding our police in the undercover operations they already carry out on peer 2 peer networks as they bring down child porn rings.

If you object to mandatory censorship, please write letters to your local sitting members, members of the Liberal Party including the shadow Communications Minister Tony Smith, as well as Senator Stephen Conroy. Letter writing is taken seriously, and while you might get a standard response do not feel as if your correspondence was disregarded! Here’s the page on how you can take action from nocleanfeed.com with links to contact details. If are not Australian you can still help! If you have the desire, please send letters to Senator Conroy. It’s important that this government is aware that their mandatory censorship and lack of transparency is not going unnoticed by citizens in other countries.

If you want to help Stop Internet Censorship, please get in contact with your ideas or your skills. We’re holding the next meeting on Monday January 4 2010.

You can grab a button for your blog from my flickr, or use one of the logos (1, 2) under a CC license.