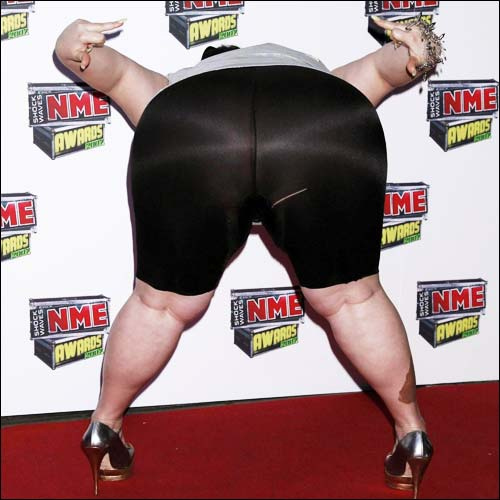 I want to take a moment to appreciate and respect some of the fantastic people who have influenced me in the arena of body acceptance. When I started using the internet, it was more than just a mass of information ping-ponging from server to server, it was a means of finding and communicating with people who were like minded, and because I have always felt like the odd one out it was really important to me that I have access to the internet. From a young age I was interested in social justice and human rights, but it felt like all the people in my “real life” thought I was crazy, or a bleeding heart liberal (which ever is worse?!)

I’ve said before that identity and styling always intrigued me, and while I have struggled with body image and identity I never really hated myself. I knew my struggle was against societal conditioning, not me, so when I came across fat positive people in the late 90s and early 00s, it was an amazing feeling knowing that I could plug into these networks and NOT be thought of as awful just because I was fat.

A lot of the role models I list are from the last five years, because I’m sad to say that I have lost contact with (and forgotten names of, sadly) a number of friends and admired people that I knew in the earlier days. If any of them stumble across this entry, I just want to thank them for their support, encouragement and enlightenment.

It goes without saying, but Ms. Ditto is a phenomenon. It’s not often that I can rave about a celebrity and admire pretty much all of their persona, their art, what they say, and how they carry themselves but Beth Ditto ticks all the boxes for me. Plenty of people have said that they can’t stand how she strips down to few clothes during performances, or that she behaves in a generally unladylike manner, but they are revolutionary acts she carries out in a world that pooh-poohs women for not being whatever enough. I like it. Screw being ladylike, own yourself!

I don’t know much about Kelli Jean, but I know that she rocks. She’s a performer, actor, model, film maker and an all-around champion of fance. Currently she’s in Sydney causing havok, so if you see any events she’s associated with CHECK THEM OUT AND REPORT BACK TO ME!

Participating in the fatshionista Live Journal community was hugely challenging for me, but it has also been incredibly rewarding. I am pretty sure I butted heads with Marianne in her moderating role a few times in the early years, but after I read the book she wrote with Kate Harding (Screw Inner Beauty in Australia, Notes from the Fat-o-Sphere in the US) it dawned on me that some of the things I was clinging to, that I would defend tooth and nail, were hurting me and holding me back. Like pretty much everyone in western society, I would judge other people and validate myself by putting others down. My defensiveness was a pretty natural reaction to being challenged on this, but I’m glad Marianne challenged me. I am a happier person within myself for it.

Lesley is another moderator of the fatshionista LJ community, but also runs fatshionista.com. Even when I was a complete defensive twat Lesley would respond with warmth, humour and compassion and she really did inspire more of that sort of thing in me. I was so honoured when we started talking via Twitter, and she even put my blog on the fatshionista.com blogroll. Pretty daggy, I know, but that’s the kind of honesty Lesley inspires. The Boston Globe is even backing up my recommendation, with a huge article on the fantastic things this woman has done for Fat Acceptance on the internet. Go read it!