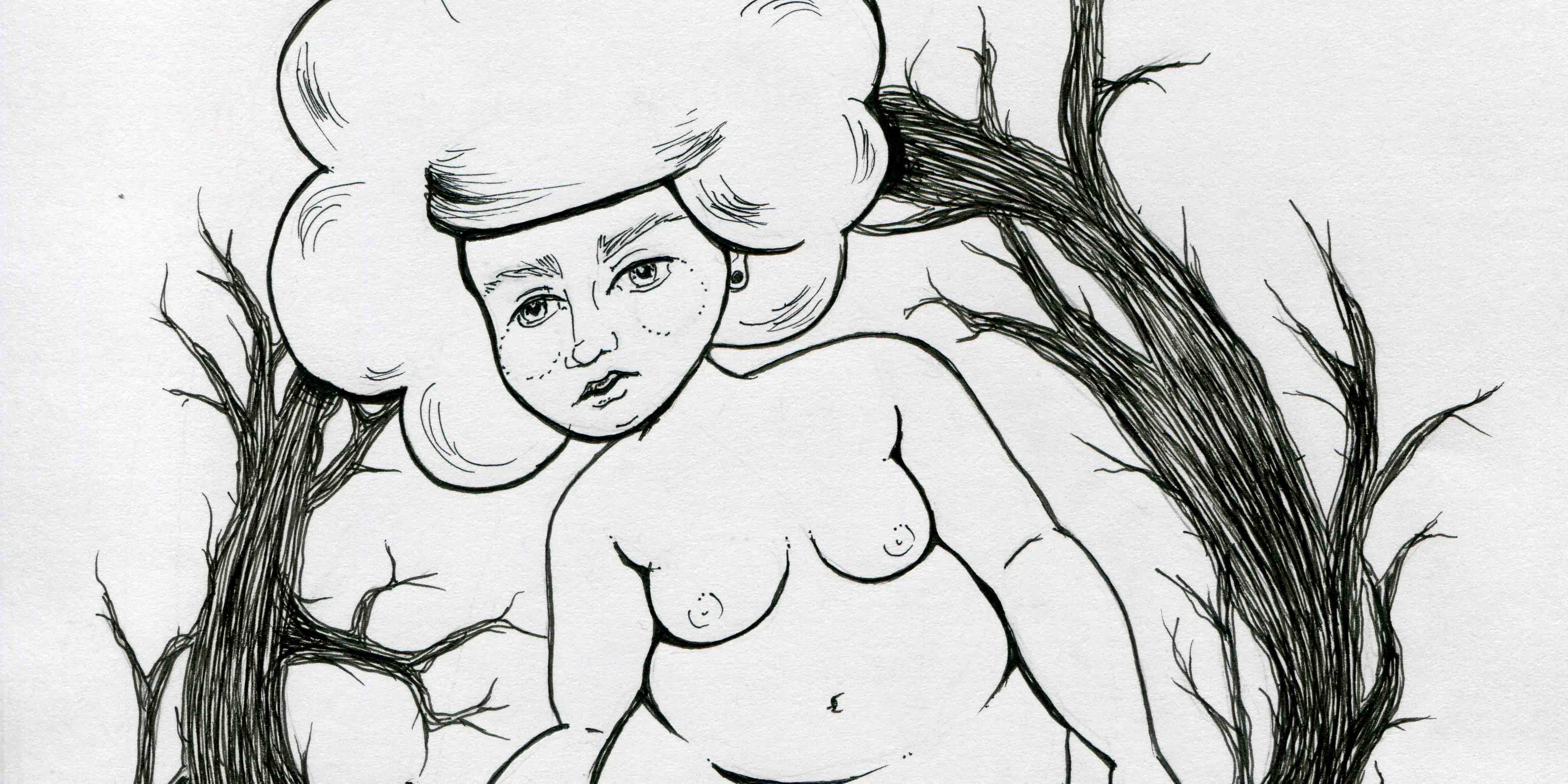 I spent the last few days in hospital. My mental state has been getting increasingly worse and Nick was very worried about me when I started talking about some of the dark feelings I’ve been experiencing, so he took me to see our doctor who saw straight away that I needed help. I was admitted to a psych unit on Thursday night feeling a little resentful and a lot unwell, but it actually turned out to be a good thing. The doctors were very thorough and ran a lot of tests on me and discovered that I have Graves disease. The thing about Graves is that it means my thyroid is producing too much hormone, contributing to my disabling anxiety and social phobia in recent months. I also have to undertake Cognitive Behavioural Therapy to address years and years of unaddressed social phobia. It’s all a bit scary at the moment, but having stuff properly diagnosed means I can hopefully move forward knowing exactly what things I need to get treated.

Over the last six months you may have noticed that I have not been producing much art at all. I’ve had no concentration as my mind frantically bounced from thing to thing, so I lost my ability to get into the right sort of mood to feel creative. For the longest time I’ve drawn to meditate and express myself, so this was pretty distressing for me. I’ve not been able to work as a freelance artist, and because of that I’ve not only been grieving drawing but feeling guilt about not bringing in income. So when you compound that with my general long time feelings of worthlessness, anxiety and social phobia as well as the symptoms of hypothyroidism… you end up with a recipe for a very unhappy Natalie.

If you’ve never stayed in a psych hospital, you might not know much of the experience. It’s lonely, scary and hard to know if you can trust people when they take away all your agency to control your life; and because I’m Type 1 Diabetic and threatened to take an overdose of insulin, they insisted on following me around everywhere and removing my ability to inject myself with insulin and monitor my own needs. Hospital is also a hugely boring place. My phone charger and earphones were taken from me, and there was no TV except for in a common area. If you are a smoker, you might find yourself smoking three times as much as usual because there’s simply nothing else to do, and in the psych hospitals I’ve been in the doctors and nurses don’t bother giving you grief because patients have way more pressing heavy shit to deal with. So I found myself smoking a lot, but also magically I started drawing again. After a six month drought it didn’t come naturally to me but there was nothing else to do.

For the first day I didn’t speak to anybody. I was in shock and confusion, not knowing how to negotiate my way around this strange place full of new people. One person sat down next to me and we started talking about this and that and then he asked what I did. When I said I drew and wrote about stuff he asked if I could draw a gecko. I don’t really draw animals so I wasn’t sure if I could. I found a card with a flower on it slipped under my door, found a pen at the bottom of my bag, and started drawing an outline of a gecko with an exposed skeleton inside it. I gave it to my new mate and he said I was a genius! Flattered and encouraged, I bought a sketchbook when Nick took me out for half an hour and started drawing a gecko on a girl’s head. And so I started drawing again.

When other patients saw me drawing they’d come up to look, and sometimes they’d strike up conversations. Some wanted me to draw things, often pretty rude and hilarious stuff, but I made no promises! One man was really sad and said something like, “I had to go to the bottom of a pit to find love this morning.” I probably paraphrased but it struck me and I doodled.

When I was admitted on Thursday night I felt a lot of shame. It’s not a new thing. I’m pretty sure lots of people who suffer from mental illness have been shamed into being quiet about their experiences and what they have to live with. I was pretty sure I’d be disqualified from the Cosmopolitan Fun Fearless Female competition for being crazy! For so many years I have worried about what people will think of me when they learn “the truth” about me because the most common feedback I’ve gotten is that I’m flaky, full of excuses, sensitive or given to indulge my melancholy. I’m more than that, I know, but years of negative conditioning has made me feel a lot of guilt and shame.

I got out of hospital on Monday, however I don’t know if I’ll be able to find a place of creativity (“alpha waves” apparently) again so I can maintain this drawing “spurt”. People email me about commissions all the time but I just don’t think I can do it yet. (I’m sorry if I haven’t responded, I get so much email and I am so anxious about disappointing people.) I need to look after myself, and also give this new metric buttload of meds time to help me feel better.

Oh and my goodness, you should have seen some of my hospital outfits. Comfy psych unit chic at its best!