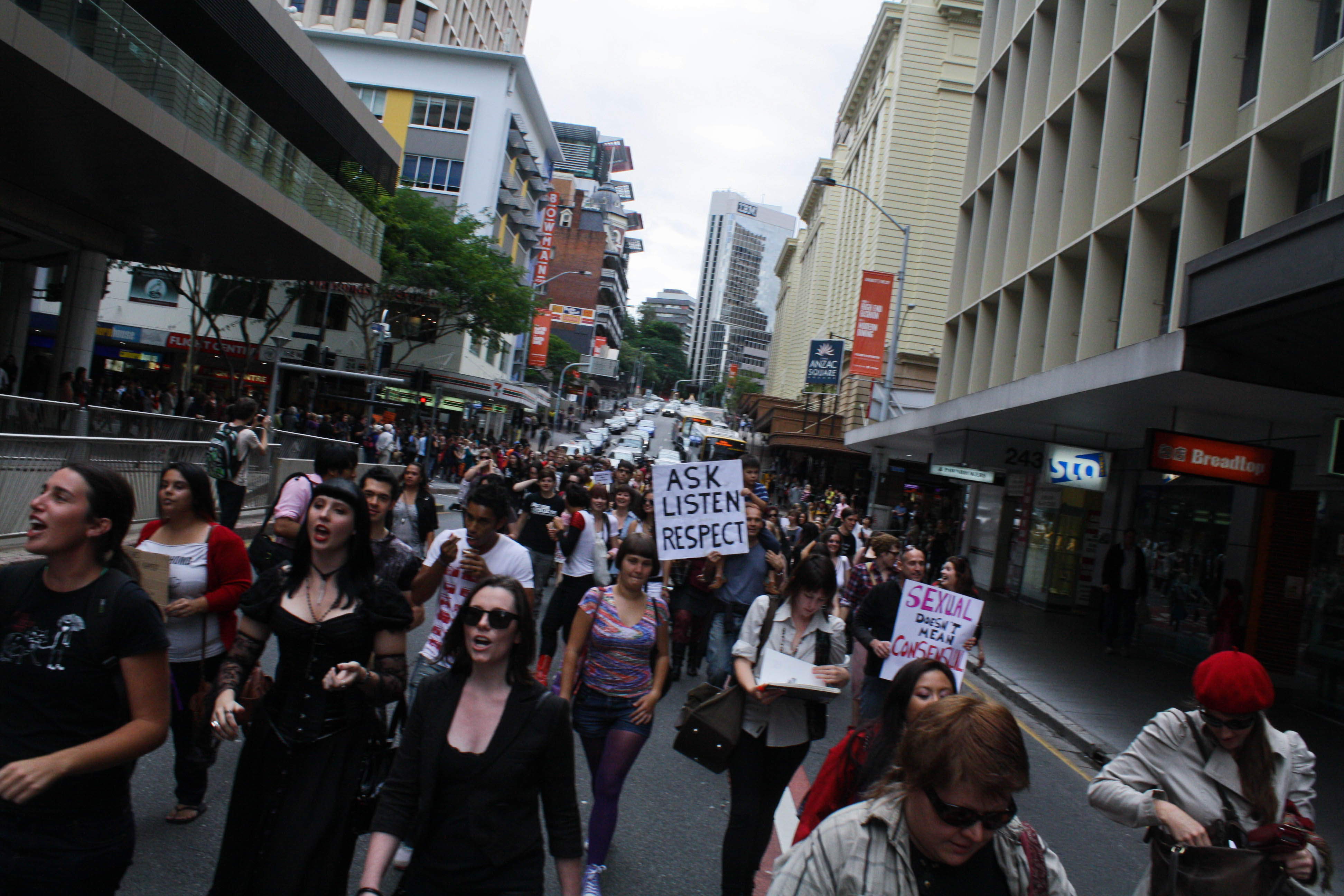 Slut is a word I have a difficult experience with. I’ve been called a slut just because I walked past someone. I’ve been called a slut because I turned someone down. A few of my friends have said similar, and at the Brisbane Slut Walk I attended today one of the organisers also echoed this sentiment. It’s actually one of the reasons why the protests are so important to a lot of people.

In our Australian culture we may seem to be swimming in sex but there is a huge stigma attached to it. Many second wave feminists claim pornification and sexualisation lead to sexual abuse, but this hurtful theory dismisses the sexual agency human beings have a right to. Police and other government agencies also point the finger of blame at victims, asking them what they did or wore or said to bait assault. Instead we need to turn the finger around and point it at rapists and abusers.

I attended the Slut Walk because I believe all people deserve sexual agency, and that victims are never to blame for their assaults. It is never a victim’s fault. I think that our society’s failure to dismantle rape culture needs to be called out. We have a right to wear what we want to, and go places we like and have consensual sex with anyone. I especially think that consent in sex is essential. I demand that our education system educates children about sex and healthy relationships. This is why I marched.

I recognise that the Slut Walk concept has many problematic aspects. I recognise that I have privileges (white, middle class, western, cisgendered and being in a hetero relationship) that mean I can’t begin to understand what other people have experienced. I want to learn more, and if people want to speak I will listen. I want to give voice to victims of sexual assault who are for AND/ OR against the Slut Walk concept. If you would like to contribute a guest post, please let me know – natalie at definatalie dot com. Anonymity will be respected.

Here are some pictures from Brisbane’s Slut Walk today.